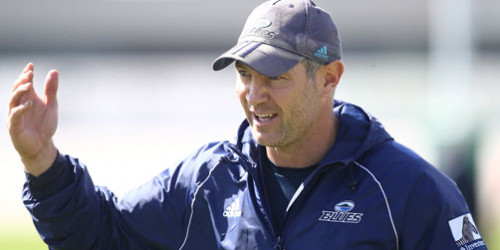 Coming off their second bye the Blues head to Canberra on Thursday knowing that if they are to advance on previous unfulfilled Investec Super Rugby seasons they need to finish strongly and the Brumbies on Saturday would be a first step.

Applying the golfing adage of third days of tournaments being 'moving day' Blues coach Leon MacDonald said that was how the latter stages of the competition could be described.

QUICK TAP: DESPERATION THE KEY FOR HIGHLANDERS AND CHIEFS
"Your home games become critical, you've got to really nail them and with the nature of this tournament being so close if you can pick up away wins it's great," he said.

For the Blues to achieve that against the Brumbies it was a case of concentrating on their game, getting it right and to achieve that they had drilled it down to do everything they possibly could to get a performance they could be proud of at the weekend.

It was a time when the whole squad was important because of the way injuries would start appearing.

"The Brumbies are like all of us; they've had some really good wins, they've had a successful tour and they've had a few losses they'll be disappointed with and that's why there's probably 12 teams in a similar boat at the moment.

#TBT ? | How about these awesome throwback photos from 2001 ??@crusadersrugby v @TheSharksZA

"It's a tough game. My experience of playing in Canberra is that it is one of the hardest places to play. It's hard to get to, the weather's cold and they're always a tough team to encounter so we've got to be ready for that battle and to get a win there would be great for us," he said.

While the Brumbies had a strong pack, MacDonald felt they were a good team across the board and were very good defensively.

"They're well organised and quite abrasive and they've got a couple of players in their backs [Tevita] Kuridrani and [Christian] Lealifano so they've got enough talent spread across the team to really cause problems," he said.

"On the flipside of that so are we and we've just got to do our good stuff more often, and for longer, and not unwind it all with basic handling errors or little mistakes, and if we can do that we'll be tough to beat," he said.

MacDonald said the bye break had gone well for the side and they had reset some aspects of their plan and the final push home in the remainder of the season was important to them.

Lessons from the most recent losses the side had suffered reflected the close margins for error in games and it was those that had cost the Blues.

"We were nailing those little critical moments at home and for some reason they weren't quite happening when they were away," he said.

Hard work had gone in with the leadership group about identifying the critical moments and how the side dealt with them, while also looking for consistency in everything they did.

"There were little things that were unwinding our game a little bit and we've been working really hard on them.

"It was decision-making in the heat of the moment and the only way you get better at that is doing little reps [repetitions] of them and practicing it. We've had a really busy training week and we've done a lot of time on the field, a lot of contact work and we're slowly making gains.

"We are just keeping building up our confidence and we'll get there," he said.

PUTT PUTT RUCKUS | How do our #SuperRugby players go when trading the rugby ball for a golf ball? ??#RaiseTheStakes pic.twitter.com/xd4PxaXTaM— Super Rugby (@SuperRugbyNZ) May 1, 2019 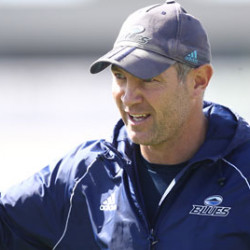