Crusaders expect Chiefs to be fired up 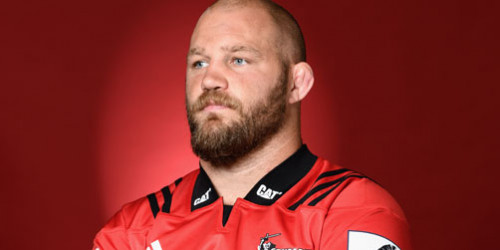 Solid scrummaging form has made the Crusaders strong contenders for another Investec Super Rugby title and the Chiefs face a daunting task in containing them in Christchurch.

Crusaders scrum coach Jason Ryan has been pleased with the way the scrum has been performing through the opening rounds of the competition and he felt Owen Franks had one of his best Crusaders games at the weekend against the Reds.

QUICK TAP: HURRICANES LOOK TO EXTEND HOME RECORD
"He's got his body right and feeling good and it's great. He's so professional. I compare him to Muhammad Ali. If Muhammad Ali was a tighthead prop he'd be Owen Franks, and vice versa. He just does everything right, on and off the field to get his body the best he can and he's in great shape, it's awesome," he said.

Reflecting on the weekend's game in Brisbane he said humidity had been a factor in the side's performance.

"We were pushing passes and we lost a little bit of rhythm making so many changes with the minutes and so forth with the All Blacks boys. But we've had the last couple of weeks to be fair so we've addressed that with how we can be better when we make our changes so the boys coming on can do a job an finish," he said.

The Chiefs might be having their issues in getting their first win but they would come to Christchurch determined to put things right, and the Crusaders had never had an easy game against them.

"I've loved what @crusadersrugby have given me" - Kieran Read talks about his final season in New Zealand rugby.

"Any forward pack that's got Brodie Retallick and Nepo Laulala probably coming back, they're real enforcers for them so we're expecting from them this week and it'll be a ding-dong battle like all New Zealand derbies are.

"I would say they're working pretty hard behind the scenes and pretty determined," he said.

Hooker Codie Taylor will be available for the side this weekend but they were still uncertain of when Kieran Read and Sam Whitelock would return. They were both training with the side and it was just a case of managing their return, he said.

Prop Tim Perry is expected to miss most of the season after surgery on his broken arm. Wing Manasa Mataele will be out for the remainder of the season as has an ACL injury and will require surgery while five-eighths Mitch Hunt is going through concussion protocols.

However, Harry Allan was making the most of his opportunity, doing his job at scrum time and going against the best in the world at training was also a help, Ryan said.

STANDINGS | After three rounds of Super Rugby, this is what the top 8 looks like. Did anyone predict this?#RaiseTheStakes pic.twitter.com/HrxEQFlwJl— Super Rugby (@SuperRugbyNZ) March 6, 2019 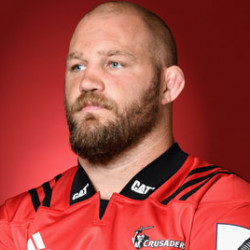