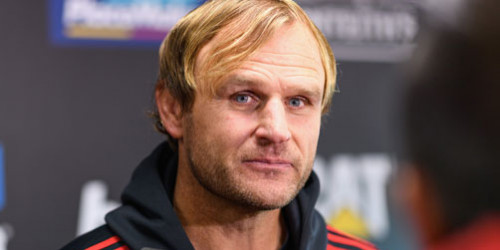 Familiarity breeds respect when it comes to the long-standing rivalry shared by the Crusaders and the Hurricanes in Investec Super Rugby and it would be to the fore again in Saturday's semifinal in Christchurch.

The Crusaders have won both their regular season New Zealand derby games but they were aware there was a different element involved in finals rugby where the knockout nature left less margin for error.

QUICK TAP: CRUSADERS vs HURRICANES SEMIFINAL PREVIEW
Two-time championship-winning Crusaders coach Scott Robertson was well aware of that but was relishing being able to pick a near full-strength side for the game.

"Consistency is really important in finals and everyone played really well last week and keeping the same 23 was an easy call," he said.

"We play each other a lot, we know how good they can be on their day, and the strength of some of their individual players who can open the game up and create a lot. They've won a lot of tight games this year and that experience counts."

Both teams had the benefit of players coming back from injuries at the right time. The Crusaders were fortunate the scrum went well against the Highlanders last week after a lot of hard work.

?? Are you Team Barrett or Team Mo'unga? Get the lowdown on the match-up that's got everyone talking!

In the loose Robertson said Hurricanes and All Blacks flanker Ardie Savea had been the best player in Super Rugby this year.

"He's a power athlete, his ability to dig deep, you can see how many games he's won for them this year. His ability to make big plays at critical times is amazing," he said.

The Hurricanes pack were great at the breakdown, they were physical and a tough team to play. They liked to get quick ball, they were a passionate side and Savea led that.

"He's got the highest turnover count pretty much in the competition so it's pretty clear he's very good at his job but a number of them could turn the ball over," he said.

The set-piece was critical but the emphasis was on players doing their own job and if Savea was at the breakdown someone would need to clean him out because he anticipated the game so well and the Crusaders would have to be onto the task, he said.

The Hurricanes had found a way this year. They had won a lot of close matches and, like the Crusaders, they had suffered their share of injuries but the two sides had coped with that and were now playing a semifinal.

Lessons from the quarterfinal came from the ability the Highlanders had shown around the breakdown and in slowing the Crusaders' ball down and work had gone into that during the week and the breakdown would be a focus in the game.

It had been a timely reminder for the Crusaders about what they needed to get better at, Robertson said.

?? OMEN ?? The Crusaders last loss on home soil came 29 matches ago in 2016 against @HurricanesRugby. Can history repeat itself in the semifinal this weekend? 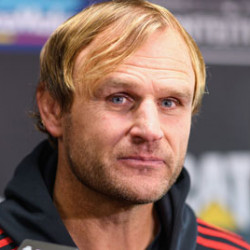