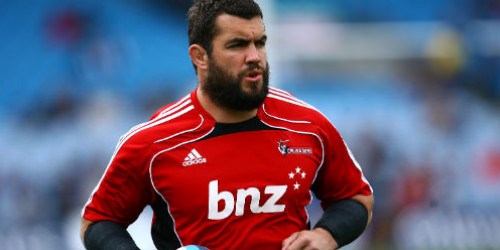 The 15-Test veteran is in the throes of his final campaign for the side and hopeful that Saturday night's semi-final against the Sharks will be his penultimate appearance for the side.

Flynn is in no doubt that while the broken arms were frustrating at the time of their occurrence, the silver lining has been that they have given him longevity in the game.

"If I hadn't had those games off, as a result of my injuries, I daresay my body wouldn't be feeling as good as it is now," he said.

Flynn is Toulouse-bound to partake of France's Top 14 competition once the campaign ends and he is confident the side has the players in place to ensure a continuity of service in the hooking role.

Staying on to ensure that was the case had been one of the factors in his thinking in latter years.

"I have total faith that the guys who are there now will make very post a winner when it comes to hooking," he said.

But for the moment it is the now that is more important as the Crusaders prepare for a do-or-die effort from the Sharks. Given the Sharks' success for the first time in Christchurch earlier in the season, the Crusaders know what to expect.

"It gives us a chance to right a wrong and we know we are going to have to be right on our games to get the result," Flynn said.

"They are world-class when you look at the artillery they have got and it is going to be a helluva game, but we've got a pretty good forward pack ourselves. All of us have had a crack at the All Blacks at some stage and we're looking to have a pretty big night ourselves."

The break last weekend had only heightened the expectancy in the side to build on the good results they had ahead of the play-offs.

Flynn said the emphasis on the rolling maul that the Crusaders had applied in the latter stages of the competition was something they had focused on and they were aware of the reputation in that area the Sharks enjoyed.

"We saw what they did in the Highlanders game, and in their previous games, and if we don't get in there and stop it we are going to be in trouble and it is just up to us whether we do it now," he said.

The Crusaders turnaround, yet again, had taken a lot of hard work and effort by the players who had 'been there and done that' for the side through the years.

"Our African tour came at the right time where we could lock ourselves in a room and nut out a few things which was what got our season on the go and it is a case of a lot of little things hopefully joining up to make a pretty special season," he said.

"I'm very much looking forward to Toulouse, it's a new challenge and obviously some pretty good rugby is played over in that part of the world and I've heard nothing but good things from the guys who are over there.

"It's the right time to go and I can leave with no regrets," he said.