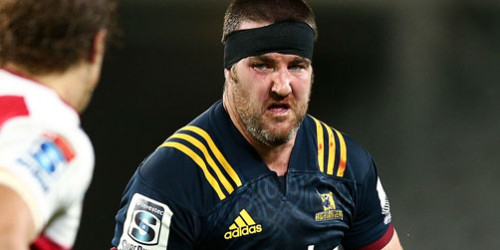 Having been through the disappointment of a hard knock against the Sharks in Investec Super Rugby, the Highlanders know how the Waratahs will be feeling ahead of their game in Sydney on Saturday.

Lock Alex Ainley said it had been good to bounce back against the Lions after their defeat by the Sharks which he described as 'a nightmare'.

"The boys played well for a good chunk of that game [the Lions] and we're reasonably happy with it," he said.

Whether it was an Australian team, and that winning streak, or a South African team, the Highlanders just wanted to keep on winning, he said.

"We realise they lost last week against the Crusaders and they'll be hurting from that, it's a game they should have won and they'll bounce back strongly like we did after the Sharks," he said.

Ainley spoke about the forced retirement this week of fellow Tasman Mako and Highlander flanker Shane Christie as a result of concussion.

Ainley said he saw the decision coming because he knew what his teammate had been through and he wouldn't wish it on anyone.

"I'm happy he's made the move, I don't want to see him come back and get hurt again," he said.

However, he was happy Christie wouldn't be lost to the game because he was a fine coach and would continue in that type of role.

He was a player and coach with mana and would have no problems getting players to follow him.

Another Mako, flanker Shannon Frizell had made his mark this year and Ainley described him as a freak.

"He's got the speed, he's got the skill, he's got the size. He's still learning the game but when he gets it right you see what he does – against the Blues three tries – he's another one to watch for the future. There's been a bit of talk in the media that he's on the All Blacks' radar, and rightly so.

Ainley said his start to the season had been frustrated by calf muscle problems but he was feeling good now with game time in recent weeks.

Halfback Tony Hammington said he was enjoying the chance to have more time on the field. He had been keeping up with club rugby so the transition to more regular starts with the Highlanders ensured he had rugby miles in his legs.

Lessons from the weekend win over the Lions had been part of their preparation to meet the Waratahs this week.

"We probably let the Lions in at the back in end of the first half on Saturday so we're trying to stay disciplined and not let them get that set piece which they obviously got on top of us. Things aren't tracking too bad," he said.

The Waratahs had performed well against the Crusaders before seeing the home side pull of their comeback to win.

"They've got attacking threats across the park so we just need to look after all them," he said. 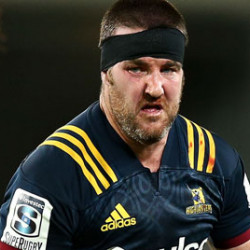