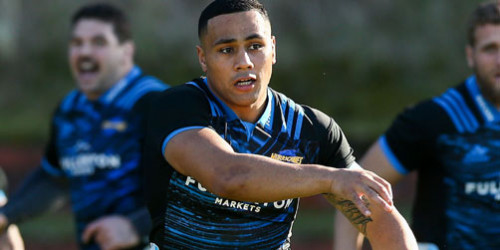 Playing Hurricanes rugby to maximum efficiency while keeping opportunities for the Crusaders to an absolute minimum would be the requirement for success in Saturday's Investec Super Rugby semifinal in Christchurch.

That was Hurricanes coach Chris Boyd's view ahead of a game that has all the ingredients of the ultimate in New Zealand derbies.

QUICK TAP: CRUSADERS EXPECTING THE UNEXPECTED
All the statistics pointed to the magnitude of the task. The Crusaders have never lost a playoff game at home, he said.

The Crusaders were not a side with a lot of vulnerabilities. Their set-piece was good, their breakdown work was good as was their kicking game and their attack and defence.

"They're not playing-through champions and winners of the roundrobin for any other reason than they are a bloody good side," he said.

Boyd was confident flanker Ardie Savea would be on the bench. He had been able to get back into training quicker than was thought at the time of his injury.

The midfield pairing of Ngani Laumape and Jordie Barrett would be causing the Crusaders as much thought as Ryan Crotty and Jack Goodhue were for the Hurricanes, he said. It was a continuation of last week's contest for the Hurricanes against Charlie Ngatai and Anton Lienert-Brown for the Chiefs.

"I think it will be a good battle, like most of it will be," he said.

Barrett was starting at centre because Boyd felt he played well there last week, although his preference for him was at fullback.

?? Look out @crusadersrugby ?? @hurricanesrugby are bringing some 'razzle dazzle' this weekend! ??????

Laumape was important for the Hurricanes and when a side had more than one threat at a time it could create much more potential havoc in a defensive situation.

Halfback TJ Perenara was a threat, as was first five-eighths Beauden Barrett and Laumape, Jordie Barrett and the wings Ben Lam and Julian Savea with fullback Nehe Milner-Skudder behind. That would ensure the Crusaders had to look after a lot of people.

The contest between the respective first five-eighths, Beauden Barrett and Richie Mo'unga for the Crusaders would be important and their ability to operate to best advantage for their side would depend on the quality, and speed, of the ball they were given, he said.

But at the same time he didn't feel their performances would determine the outcome of the game.

The Hurricanes, who had a form lapse after the June internationals, had taken confidence from their win over the Chiefs. That was due to a good preparation week, something Boyd was confident they had achieved this week.

They had been disappointed to lose to the Chiefs in Hamilton, but Boyd knew when the side assembled on the Sunday after that game, that the Hurricanes were a completely different side.

SEASON STATS | Two of the leading #SuperRugby try scorers will meet on Saturday in a blockbuster semifinal clash. 1???5??? is the try scoring record, who will break it? Bridge or Lam??????#StatChat pic.twitter.com/EBPgi2zcyh— Super Rugby (@SuperRugbyNZ) July 24, 2018 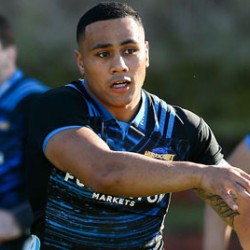