Hurricanes to face strengthened Bulls side 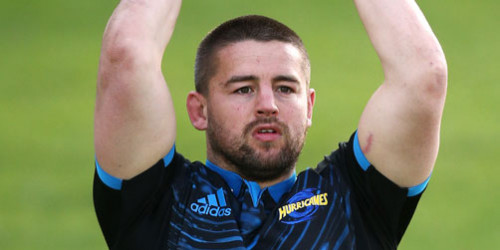 Not having met in Investec Super Rugby regular season play there was something of the unknown about the Bulls for the Hurricanes ahead of their quarterfinal in Wellington on Saturday.

Hurricanes coach John Plumtree said while the two sides hadn't met this year, they had seen their play when the Hurricanes were assessing other opponents while over the past two weeks they had been paying more attention to them and had been impressed.

"Putting the Lions to the sword last week was pretty impressive stuff. They're a side that when they get momentum they are really hard to stop and they work hard for each other and have a good season. We know exactly what to expect," he said.

QUICK TAP: CHIEFS EXPECTING EARLY JAGUARES ONSLAUGHTBulls first five-eighths Handre Pollard was now an experienced player and a good organiser of the side while having Jesse Kriel back at centre gave them plenty of talent in their backline with penetration and speed out wide from wing Rosko Specman and Cornal Hendricks while Warrick Gelant was a great fullback as well, Plumtree said.

From the Hurricanes points of view Plumtree was happy with the way Peter Umaga-Jensen was playing at centre in the absence of the injured Matt Proctor and it allowed Jordie Barrett to be at fullback in order to handle the anticipated kicking game of the Bulls.

In relation to the record-breaking feats in terms of 100 appearances by their pairing of halfback TJ Perenara and Beauden Barrett, Plumtree said it would be a long time before the Hurricanes had an experienced combination like them again.

You can count on @Hurricanesrugby and the Bulls to score some spectacular tries when they meet in the #SuperRugby quarterfinals on Saturday night! ?????

They were integral to the way the team performed and he was hopeful they would be part of the Hurricanes structure for some time year. Perenara will also equal the record of most appearances for the side held by Ma'a Nonu and Conrad Smith of 126 games. Barrett is two behind him.

The choice of James Blackwell and Isaia Walker-Leawere as the locking combination had been the preferred combination over the last four weeks but the battle for the position had been a good one and they had kept each other honest and they had had to take opportunities when they came along.

"It's good to see James Blackwell have a really good season. He didn't play a lot at all last year and Issy has come through and had a good back end to the season so both those locks have been pretty good," he said.

The Bulls have been bolstered by the return of hulking No.8 Duane Vermeulen and lock Jason Jenkins while in the backline Kriel is back for the first time since injuring his ankle in April.

?? How good has Ngani Laumape been in 2019? Check out his 11 tries and let us know if you think he will add to that tally in the quarterfinal against the Bulls this weekend! 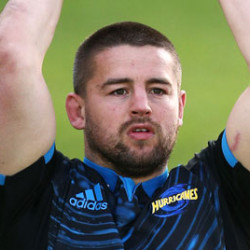