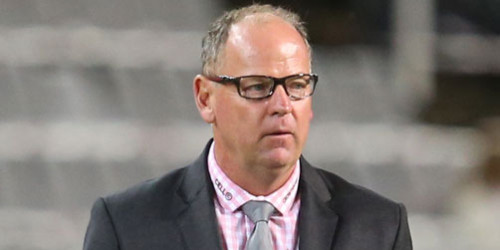 Former World Cup-winning South African coach Jake White was quick to give Rebels coach and countryman Dave Wessels some advice ahead of Friday's key Investec Super Rugby game with the Chiefs in Melbourne.

The Rebels only need to win to play in the quarterfinals while the 11th placed Chiefs need to score a bonus point win to give themselves a chance of qualifying.

QUICK TAP: FINAL ROUND TALKING POINTSAfter leaking so many points against the Crusaders, the Rebels were aware of the danger the Chiefs posed, especially as the Chiefs share fourth spot for the most points scored in the competition, but having conceded the second-most points.

Following the 0-66 loss to the Crusaders in Christchurch last weekend, White, a former coach of the Brumbies, was on the phone to Wessels.

"He said if someone had offered you in January a home game against the Chiefs to make the finals you would have accepted that," Wessels told rugby.com.au.

"I'm obviously a coach who is still learning a lot and there's a couple of senior coaches like Jake who take a lot of trouble to communicate.

"They've been in the washing machine of it before and sometimes when you're down, you haven't got a lot of people phoning you, so I'm very grateful."

Wessels said he asks White for technical ideas but he had helped him focus the messaging down a little.

"When we play well we are very hard to stop but the trick is to find the levers to get that performance out consistently," Wessel said.

Back in the Rebels team for the game are their inside back international pairing of halfback Will Genia and first five-eighths Quade Cooper. Genia was rested for the Crusaders' game while Cooper played off the bench.

Test lock Adam Coleman will miss the game due to a shoulder injury sustained against the Crusaders while a backline reshuffle has seen Jack Maddocks left out as Marika Koroibete and Reece Hodge will play on the wings with Tom English at centre.

Wessels said Maddocks had some niggles and was in need of a mental refresh.

"It's showtime for us. We've got an opportunity to do something for the club that we've never been able to do so I think the guys are pretty motivated," he said.

?? STORY | "If we win, we know we'll be playing finals football" - @MelbourneRebels halfback Will Genia ahead of Friday's blockbuster against the @ChiefsRugby in Melbourne! 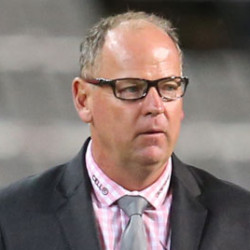