Former South African rugby coach Nick Mallett said the Crusaders were the best team in Investec Super Rugby and they had shown that with their deserved 37-18 win in Saturday's final in Christchurch.

The Lions could be proud of their effort even if it had been aided and abetted by the conference system, he said on Supersport.com.

QUICK TAP: CRUSADERS DESERVED CHAMPOINS - REACTION
The difference in the final where the Lions enjoyed 69 percent territory and 59 percent possession was that when the Crusaders had opportunities they took them.

"In New Zealand, they actually do measure effort. They have a statistician who takes every single player, when he makes a tackle or cleans a ruck, and measures the time he takes to get back on his feet," Mallett said.

"It is how quickly you get back into the game on attack and defence. The Lions do it well as well. There is a spirit in this team where the Lions work very hard for each other, but the Crusaders are master of it.

"At the breakdown, [Malcolm] Marx was so efficient in the quarter and semifinals, but I don't think he made a single turnover because the quality of the cleans by the Crusaders was so good that he didn't get the opportunities he normally gets," he said.

"In finals - defence wins you games" - Warren Whiteley says @LionsRugbyCo have taken a big lesson out of the #SuperRugby final. 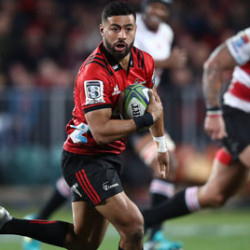