Springbok and Bulls rugby legend lock Victor Matfield says the Lions need to draw on the achievements of the past ahead of their Investec Super Rugby final against the Crusaders in Christchurch on Saturday.

Matfield said the Lions should look to the inspiration the Springboks drew before their historic win over the All Blacks in Dunedin in 2008.

QUICK TAP: CRUSADERS WILL HAVE TO EARN TITLE - STEVE HANSEN
"If you have a good team and a good culture, then it's easier to believe you can win overseas," Matfield told Netwerk24.

The Springboks had never won a Test in Dunedin before their 2008 win and that came about after the victory was secured when halfback Ricky Januarie scored a fine individual try. It was also the Springboks' first Test win in New Zealand for 10 years.

The task ahead of the Lions will require similar belief as in 20 home playoffs games the Crusaders have won them all.

Matfield felt the improvement the Lions had shown in recent weeks should give them confidence.

"They struggled earlier in the season, but their performances in the quarterfinals and semifinals were outstanding.

"Their comeback effort against the Waratahs will give them confidence. It was brilliant to see how they remained calm. It shows they believe," he said.

Coach Swys de Bruin, who used to coach with retiring Hurricanes coach Chris Boyd, said Boyd's claims the Crusaders were 20 points better than any team in the competition might well be right.

"Everyone can be beaten…anything can happen on the day. But the fact they are favourites is no lie. This group knows me well. We're very blessed to be here, it's an honour for us to be here and we focus rather on the job at hand and the opponents," he said.

Meanwhile, flanker Kwagga Smith has his own reasons in seeing the Lions succeed. His sending off in last year's final in Johannesburg was a big contribution to the Crusaders' 25-17 win.

He was sent off after a challenge on fullback David Havili when competing for a high ball.

Smith told iol.co.za, "It wasn't a cynical or intentional act from my side. I perhaps just didn't focus for one second, but those are the moments that can make a difference in a final.

"The week after was very difficult, and it was important to just get away to our farm and have some quiet time.

"But there's another opportunity up for grabs and I want to use it to the best of my ability.

"It's not about redemption for me, it's just a wonderful opportunity. It's a privilege to be in another final, and for some, it's a third final in a row.

"Winning a Springbok cap was a chance to achieve one of my dreams earlier this year but winning a Super Rugby final is also an ambition of mine and it will be even sweeter to do it in New Zealand," he said.

"We definitely don't believe it is mission impossible. If we stick to our gameplan we'll be up for the money. We've got a good pack, with lots of experience, and if we can get things started there then the backs can do well and finish off," he said.

CROSS-KICK | Who did it better, Richie Mo'unga or Elton Jantjies? Don't miss the battle of the ?? jersey in the #SuperRugby final. ???? 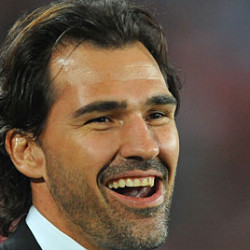