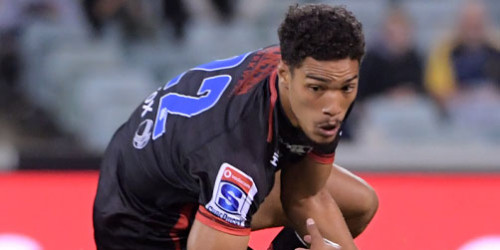 The Chiefs may be without key players for Friday's Investec Super Rugby game against the Lions in Hamilton but so are the South African side.

Missing Damian McKenzie, Brodie Retallick and Nathan Harris, the Chiefs will face a Lions side without star wing Courtnall Skosan while first five-eighths Elton Jantjies and ace hooker Malcolm Marx will start from the bench.

QUICK TAP: RURU BENEFITING FROM IMPROVED BLUES PACK
It is the choice of Gianni Lombard to replace Jantjies that is most of interest in the Lions' selection.

It's his first start for the side. He played for South Africa Schools in 2016 and has played 10 times for the Junior Springboks in 2017 and last year. He is capable of playing first five-eighths, wing or fullback.

With several appearances off the bench he knows the demands of his role and showed his mettle when kicking the match-winning penalty goal, from the sideline, to help the Lions to a 36-33 win over the Rebels earlier in the competition.

Lions coach Swys de Bruin said after that match-winning effort: "Stars are made for big moments and to slot that kick there, maybe Gianni is a future star."

Like Jantjies, Marx has started every game this year but needed a rest.

Returning to the side will be skipper and No.8 Warren Whiteley. He has recovered from a chest muscle injury suffered in round two of the competition.

Skosan had been named in the side but returned home when news was received that his father was gravely ill. Tyler Green is flying to New Zealand as a replacement.

Your Gallagher Chiefs named to face the Lions this Good Friday!

Several positional changes were forced as a result of Skosan's departure. Fullback Sylvian Mahuza has moved to Skosan's wing while Andries Coetzee will start at fullback.

Critics back in South Africa have questioned de Bruin's choices for the Chiefs game which they believe leave the Lions vulnerable.

"While he brings an exciting enough sense of the 'unknown' at this level, Lombard is many moons behind long-serving Jantjies for pure experience and know-how in Super Rugby.

"At least the replacement for Marx this weekend – Robbie Coetzee – is anything but a greenhorn at this level; the nearly 30-year-old has been active in Super Rugby since 2013 and is a trusty squad man.

"But he is not in the big-name league of the Bok incumbent, considered arguably the finest wearer of a No.2 jersey in the world, and the Lions have already been taking some strain in the front five of late even with the 114kg behemoth in their midst," Houwing said.

Who would you pick in your form #SuperRugbyXV, any of these guys? Make sure you watch all the round ?? Super Rugby action so you know who's on form. Select your XV now or after this weekend's games for your chance to win a Super Rugby jersey. 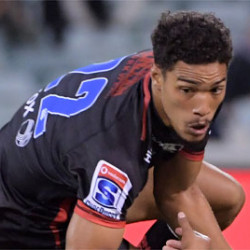