It's been a lean time for the Blues who know that if they are to make an impact in the Rebel Sport Super 14 this year they need to start moving.
The Brumbies have been in good touch in South Africa and a crunch game looms at Eden Park.

WALKING WOUNDED: Jeremy Paul is still troubled by a torn calf muscle and while back running he is unlikely to play for several weeks yet. Wing Peter Owens has also been troubled by an ankle injury. Fullback Adam Ashley-Cooper has had a quick recovery from his strained ankle ligaments and has been selected. The 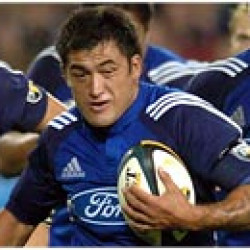