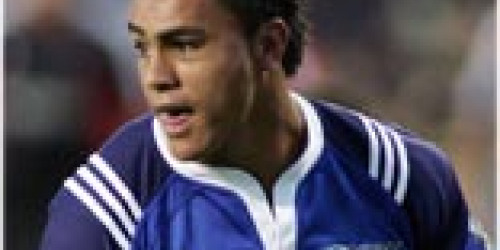 Going on past encounters it would be fair to say that Dunedin-based teams always seem to find a way to lose at Auckland.
The trick for Greg Cooper and his men, however, is to make a lie of that statement but it will involve a deal of hard work and, one suspects, the rub of the green.

WALKING WOUNDED: The Blues lost dynamic wing Anthony Tuitavake to a hamstring pull but two-try sub Rudi Wulf is hardly the worst replacement. The Highlanders will be thrilled to get Nick Evans back but Charlie Hore had a fine game last week and Evans actually has to work to replace him to the same standard. Hore will miss the next couple of weeks after suffering a rib injury. Having just returned after injury, Vilame Waqaseduadua is back with the doctors again and will miss this match.

FORM: The Blues put a one-dimensional Reds team to the sword last week; even if a couple of calls gifted them two tries, they were still way better on the night. If Derren Witcombe can fix his lineout throwing and the scrum is as good as last week, the set pieces will be well under control. The Highlanders were good last week, although it was hard to tell exactly how good, since the Stormers made schoolboy errors for most of the afternoon. After using all the subs, the Highlanders were down to 14 men for the last 10 minutes and the Stormers ran in three tries to close what had been, until then, a substantial gap.

WHO'S HOT: The Blues have a number of players in form. Luke McAlister is now looking settled at second five-eighths and Isakela Nacewa is polished at first, while Troy Flavell goes from strength to strength. Isaia Toeava shows flashes of brilliance in most matches but still has moments he�d rather not be having. Two players who won�t start this week went well against the Reds: Steve Devine added snap to the backline and Justin Collins provided a strong work ethic up front. There were impressive efforts from most of the Highlanders team, with the tight forwards doing well at set pieces, Alando Soakai having a good game in the loose, Hore directing traffic well until he was injured and Matt Saunders looking dangerous.

WE THINK: The Highlanders won't change that first paragraph for another two years at least. They played reasonably well against the Stormers but got the breaks on a couple of occasions and the Blues won't be so charitable. The Blues, apart from that dysfunctional lineout, outplayed the Reds all over the park. They will be too fast, too slick and too skilled for the Highlanders, and the TAB will pay out on a 13+ margin. 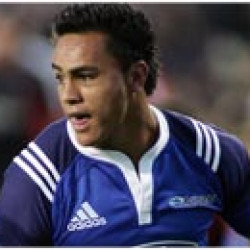