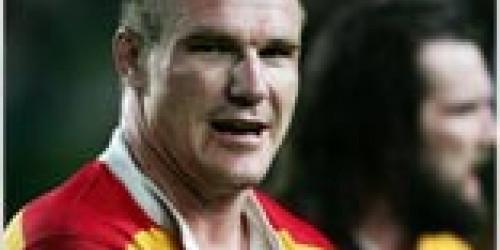 After falling over against the Crusaders last week, the Cheetahs will be looking to rebound, while the Chiefs will be wondering where this losing skid will end and how they can close out a win after creating and blowing four chances to do so.

WALKING WOUNDED: Richard Kahui's return was a costly exercise, as the centre has done further damage to his shoulder and is out for another indeterminate time. Keith Robinson came through his game well and Sione Lauaki also survived intact. Previously injured Cheetahs Bevan Fortuin and Rory Duncan were both considered for this match but not picked; Os du Randt makes his first appearance for the year.

FORM: Although the Chiefs could have won all four matches, they remain winless and sit in 12th spot on the table. Something is definitely wrong here, but pinning the problem down has eluded greater minds than ours to date. They create chances, take chances, bomb chances and give tries away too readily to win games, but still look to be a side one would not want to meet just now. However, the Cheetahs were giving stuff away easily last week as well and will have heard all about it at training. The defensive coach will be trying to shut down the �Bloemfontein Highway� � the gap between Herkie Kruger at first five-eighths and Meyer Bosman at second five-eighths - which has been as wide as a four-lane road recently. Expect this to be a high-scoring affair that should hold interest down to the wire.

WHO'S HOT: The Cheetahs forwards learned a sharp lesson about breakdown aggression last week and will be better for it. Rassie Erasmus has made several changes to his lineup, introducing du Randt and a new lock, Flip van der Merwe. There are several good performers in the home pack and Juan Smith is always a threat. Star turn for the Chiefs at Pretoria was wing Lelia Masaga, who showed real speed and finishing ability as he scored two tries. Roy Kinikinilau on the other wing was also in good shape. Robinson, as expected, added starch to the pack and made the lineout far more secure than it had been. Simms Davison continues to play some good rugby in all areas.

WE THINK: We think you can only tip the Chiefs because they must be 'due' some time. It's like thinking that after four flips of a coin, all being tails, that a head is 'due'. Wrong. The result is independent of everything that has gone before and, unfortunately for the Hamilton mob, all the reasons they have been losing matches are still manifesting themselves on a weekly basis. Because of that we have to tip the home side by 5-10 points. 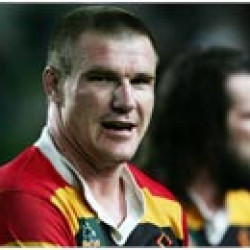