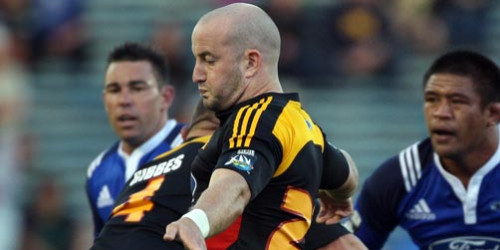 The Chiefs are desperate to avoid a third straight poor start, but a loss to the Blues is hardly ideal preparation for a match with a Waratahs outfit that impressed in a convincing win over the highly-rated Hurricanes last week.

WALKING WOUNDED: Jamie Nutbrown's dreadful run with injury continued last week, when he lasted 18 minutes before a knee problem knocked him out for about eight weeks. That change, with Brendon Leonard coming in, and the introduction of winger Viliame Waqaseduadua are the only alterations to the staring XV although there has been some shuffling on the bench and five forward replacements have been named. It was easy for the Waratahs - name the same team that did such a good job last week.

FORM: The Chiefs will need to improve by a huge amount if they're going to have any chance of success in this one. Without a decent platform, the Chiefs backs struggled and the same eight forwards who were mauled by the Blues last week start this game. The Waratahs were slow out of the blocks and only Hurricanes errors allowed them to turn with a small lead, but the second half was much better and Ewen McKenzie's troops steadily ground an already flaky Hurricanes outfit into the Sydney turf. Some slick work by the backs produced a couple of good tries but carelessness cost a couple of others and a forward pass on the game's last play denied the Waratahs a bonus point that would have been well earned.

WHO'S HOT: Few Chiefs could be called hot, as the side was outplayed across the park last week. Kevin O'Neill was perhaps the pick of the forwards, doing his set pieces well and making a contribution in general play, but much of the running was ineffective. Sione Lauaki got his hands on the ball plenty of times but struggled to make ground and the talented Liam Messam was not sighted in open play. Mils Muliaina, who remains a class act, was the pick of a stuttering backline. On the other side, most Waratahs would have been satisfied with their outing. The tight five gradually took over the match, allowing Rocky Elsom and Wycliff Palu to make damaging runs while Phil Waugh was in close attendance to recycle the ball. The backs worked well as a unit and, while most attention was on league convert Timana Tahu, Lachlan Turner again looked the sharpest attacking weapon. Newcomer Tom Carter had a strong debut in midfield.

WE THINK: Although the Chiefs are at home, we think the Waratahs are looking better at present and tip the visitors by 5-10 points, especially if the pack gains the same ascendancy as a week ago. 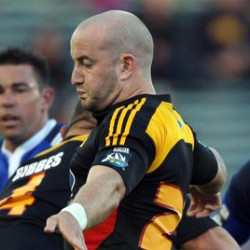