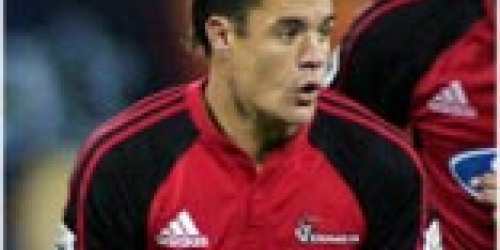 It's the Brumbies who have everything to play for in their bid to ensure they make the semi-finals but if they are unable to secure the minimum bonus point required, their fate may be in the hands of others when they meet the Crusaders in their Rebel Sport Super 14 match in Christchurch.

WALKING WOUNDED: Ace first five-eighths Stephen Larkham won't be playing in the game with the risk associated with an early return from his hamstring tear being too great. The main concern for the Crusaders is the form of hooker Corey Flynn who has a rib injury which has ruled him out.

FORM: The Brumbies have clearly been rocked by their loss to the Highlanders, but before that included the Hurricanes among their victims so they are not too far from that level. But without Larkham they are a different side, despite Gene Fairbanks' efforts, experience is vital at this stage. The Crusaders will take great comfort, not only from being at home, but also from meeting the challenge provided by the Bulls.

WHO'S HOT: Clearly captain and flanker Richie McCaw is a huge presence in the side, and after two weeks off, he will be firing although once again his tussle with rival George Smith will be fascinating. First five-eighths Dan Carter has been superb and will again be the key playmaker. The Crusaders' front five can expect a torrid time, especially if Flynn can't take his place. Brumbies centre Stirling Mortlock has been superb all season and will be a key font of experience in the visitors' depleted backline.

WE THINK: Back at home, and after the shake-up in South Africa, it is difficult not to imaging the Crusaders clicking into dress rehearsals mode for the defence of their title. They should be too strong, all round and in any conditions, for the Brumbies and it is likely the visitors will end the game knowing their fate depends on what happens in South Africa. 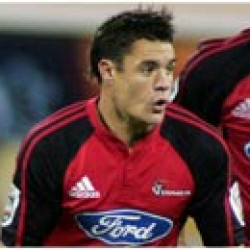