Last year these teams played out the final nobody saw but in 2007 it's a different scenario; the Hurricanes need to beat the red-hot champs just to stay alive.
And that will take some doing, especially at Christchurch where the Crusaders have won 25 on the trot.

To get live scoring for this game - click here

WALKING WOUNDED: Robbie Deans only had to make one injury-related change this week, replacing Aaron Mauger with Rua Tipoki. Management is hopeful that Mauger's groin strain will not prevent him turning out against the Brumbies in a week's time.

FORM: The Crusaders could not be hotter; they have taken a maximum 25 points from their last five matches. They are scoring a pile of tries � the competition winner, for the last six years, has been the team with the best round-robin attacking record and the Crusaders have that by some margin. Then they can tackle; in the last two matches the Crusaders have conceded one miserable penalty goal. However one looks at it, the Crusaders are impressive at present. The Hurricanes have spluttered along and had a terrible middle month but took five points against the Cheetahs last week, although they may well have started their charge one week too late. If anything, the score flattered the Hurricanes because on the run of play there was no way they were 22 points better on the night. A loss here ends any playoff hopes they may entertain.

WHO'S HOT: Start with Dan Carter for the Crusaders and go from there. His performances have been totally assured in the Rebel Sport Super 14 this year and the entire team goes better when he's running the ship. The Crusaders scrum was mashed last week but the loose forwards won the battle at the breakdown with Richie McCaw, as usual, playing his game a couple of metres ahead of everyone else. Mose Tuiali'i has been showing out this year but he faces a big challenge in Rodney So'oialo, whose form has been excellent since his return. Chris Masoe was also good last week and Piri Weepu had another good game at first five-eighths, but the Hurricanes really didn't construct much and relied on taking chances from broken play.

WE THINK: We think the Crusaders will win this match and end the Hurricanes' season; the Crusaders have won seven of the last eight matches between the sides and it will be eight of nine by Saturday morning. Our money would go on the home team by 10-15 points. 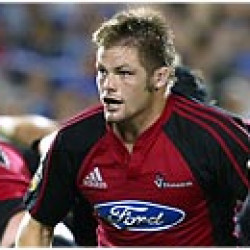