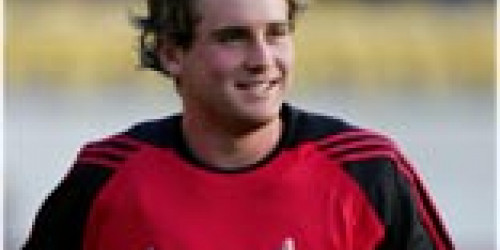 Now is the time for the Crusaders to step into the winner's circle if they don't want to be left at the gate in 2007.
The Reds, although victorious in week one, did not offer much, preferring to let the Hurricanes' many failings produce scoring opportunities. This happened, the Reds kicked their goals and won comfortably.

WALKING WOUNDED: The Crusaders had an injury scare for halfback Andrew Ellis after the first match but he has recovered sufficiently to take his place in the starting team. All other changes were optional and involved reshuffling the three-quarters, fullback and reserves although the same 22 was named this week as for the Blues game.

FORM: The Crusaders had their chances at Auckland but too many errors, too many penalties and way too many missed tackles cost them dearly in the end. The Reds had a good win over the Hurricanes but the 25 points only contained one try and most of their time was spent playing low-risk stuff close to the forwards. Still, it was a good start to what promises to be a tough season for the boys from Brisbane and it was not altogether pleasing on this side of the ditch to see an Aussie side outsmarting a Kiwi one in World Cup year; the reverse opinion applies on the western side of the Tasman.

WHO'S HOT: Few players stood out for the Crusaders and none excelled for the whole 80 minutes; more it was a case of doing some good things and then being anonymous for 20 minutes. Stephen Brett was one who fell into this category; he created a nice try but disappeared at times when the game was drifting. The forwards were okay without dominating and gave away far too many penalties; one suspects Mark Lawrence might be into his card-pocket faster than Paul Honiss was last week. For the Reds, Clinton Schifcofske showed he was well up to making the code switch and his goal-kicking, after a couple of early misses, was the ultimate difference between the teams. Berrick Barnes did some good things and the much-maligned Queensland pack scored a clear win over their Hurricanes opposites.

WE THINK: The Crusaders should be good enough to win this one � they have owned the Reds since 1999 and there is no reason to suspect that is about to change. More first-up tackles will help and we don�t expect so many to be missed this week. The home side could run up a score but we�ll be more conservative, picking a 1-12 margin for the Crusaders.