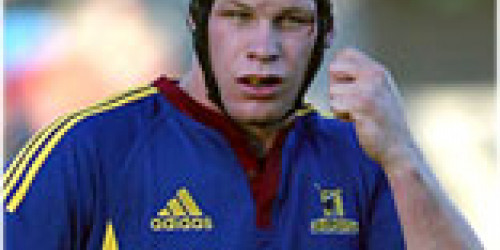 In 2006 the Highlanders put a dagger into the heart of the Brumbies Rebel Sport Super 14 playoff charge and this year they can kill it dead.
If the Brumbies were lifted by the emotion of farewelling George Gregan, Stephen Larkham and Jeremy Paul last week, they now face Dunedin wishing to give Anton Oliver, Carl Hayman, Clarke Dermody and Filipo Levi a fitting send-off.

To view the live scoring for this game Click here

WALKING WOUNDED: Neither side has many injury worries and only Vilame Waqaseduadua, replaced by Matt Saunders, is out of the Highlanders team that played in Wellington. The Brumbies have made only one change to the match day 22 and welcome lock Alister Campbell back to the bench after he has been out since round three with a foot injury.

FORM: The Highlanders could have won last week if Nick Evans' last-minute conversion had been a couple of feet to the right, but the damage had been done before that. The Highlanders have fulfilled pre-season expectations of a mid-table finish and showing the ability to put up strong fights against playoff contenders, without having the necessary ability to win games against the hardest opposition. The Brumbies win last week owed a great deal to stout defence and the ability to break out when chances were offered, while the goal-kicking was also adequate. But for all their eight wins in 2007 the Brumbies still need help to make the playoffs; an inability to score tries and gather bonus points may finally be the difference between a good season and a successful one.

WHO'S HOT: The last two weeks have seen Evans return to something like his best form and his running has been the most dangerous attacking weapon in the Highlanders armoury. The front row of Carl Hayman, Anton Oliver and Clarke Dermody has been unmatched in the last month and Tom Donnelly has made a strong return to rugby at this level. Stephan Larkham had a fine game last week, picking his options well, and was greatly assisted by Stirling Mortlock in the centres. The Brumbies forwards worked hard; as usual, George Smith was a pest at the breakdown, winning his normal ration of turnover ball, and his tight five gave him a good platform to work from.

WE THINK: There will be plenty of emotion within the teams as both are farewelling a number of stalwarts (if the Brumbies don't make the top four, certainly for the Highlanders). It is a tough one to pick but perhaps the Highlanders have just a little more motivation since the Brumbies went through the same exercise last week so we will, somewhat nervously, call it to the southern men by two or three points. 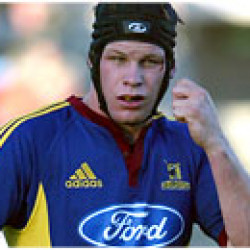