The Highlanders battled gamely last week against the early pace-setting Sharks, while the Stormers got the critics off their backs for a week or so with a win that the Chiefs gift-wrapped for them.
The Highlanders normally do well in this match and have never lost at home; it's hard to see that trend being bucked this week.

WALKING WOUNDED: The Highlanders would have been halfway across the Indian Ocean before Greg Cooper was on the in-flight phone to the doctors, asking about Nick Evans, Glen Horton and Vilame Waqaseduadua. The answers were respectively bad, good and good, meaning that the Highlanders, for once in recent times, go into a match with some top-end backline pace. The Stormers don't seem to have too many new problems after last week and only made minimal, optional changes. The big news in the Stormers side is the return of De Wet Barry in midfield.

FORM: Both sides have won one and lost two, which says plenty about their form. Neither has been good enough to trouble the big players and both seem to lack speed and scoring ability, as two tries apiece in three matches suggests. At least the Highlanders have tried hard and have collected a couple of consolation points, although they should have beaten the Lions. The Stormers were weak against the Cheetahs, horrible against the Force and then smart enough to realise they could beat the Chiefs without playing well.

WHO'S HOT: Very few players on either side qualify as hot. The Highlanders always get good efforts from Craig Newby, Josh Blackie and James Ryan, but these warriors could use a little help. Speed in the backs would also be very handy and there is a better supply of it this week. The Stormers will field a huge pack and look to Schalk Burger to provide the energy, although he needs to be careful after collecting his second yellow card last week. Peter Grant is not normally a 50 percent kicker, so the Highlanders need to be careful within their own half.

WE THINK: The Highlanders are not guilty of making too many mental errors; they just don't have the talent of other teams. However, they'll be good enough to sort the Stormers out without too much trouble. The visitors have simply been dreadful in 2007 and this game should find the home side winning by 10 points. 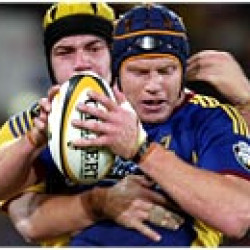