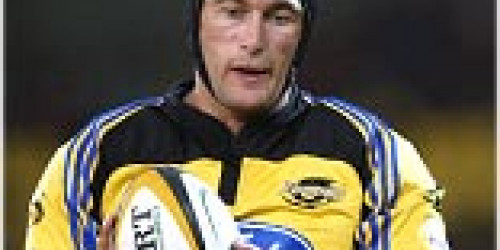 The Blues have been in good early season form and the Hurricanes grabbed five points at Hamilton last week, so this promises to be one of the best matches of the Rebel Sport Super 14 round.
Whoever wins will be in good shape after three weeks of play, at or near the top of the table.

WALKING WOUNDED: The Hurricanes are in pretty good shape apart from Conrad Smith, whose eye is still causing trouble, and Tim Fairbrother, whose season looks to be done. The Blues have a couple of wins this week, getting Isaia Toeava (starting lineup) and Sam Tuitupou (bench) back from injury. Everyone who played at Canberra was available for selection.

FORM: The Blues are value for their two wins from two starts and the effort at Canberra, where they had to overcome a decent Brumbies outfit, wet weather and a deficit with time up on the clock, was a meritorious one. Apart from some imprecise set pieces, particularly lineouts, there is not much seriously wrong with the Blues form at present. The Hurricanes were considerably helped last week by a Chiefs outfit that simply did not want to win, as the Hamilton crew cast away try after try when all they had to do was catch a pass. However, that takes away some credit that is the Hurricanes due, as they were good enough to spot a chance and seize it, scoring some good tries along the way and scrambling well to recover when needed. The Hurricanes lineout was good and they did not turn the ball over much in general play, both factors which will have pleased the coaching staff.

WHO'S HOT: There was plenty to admire in Luke Andrews' performance last week; he pinched three Chiefs throws and had a strong match in general play. Alby Mathewson had a good first run-on match and his try was well taken, while Jimmy Gopperth was far more assured than a week before. There are still issues in the Hurricanes midfield and they will need to be more accurate on the tackle this week. Troy Flavell and Isa Nacewa both continue to impress for the Blues and Luke McAlister had a strong game at second-five, making some telling breaks. Doug Howlett was responsible for some fine defensive plays in the rain and looked for work on attack.

WE THINK: We tip the Blues in this one, although we anticipate a cracking match and the Hurricanes should get at least one point. The Blues have just been that bit better in their two outings to date, making fewer errors and sticking to their game plan. The Hurricanes need to shore up their defence but remain dangerous off turnovers and any mental lapses by the visitors will be punished. We pick a Blues win by 5-7 points. 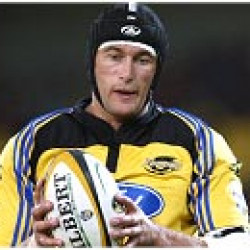