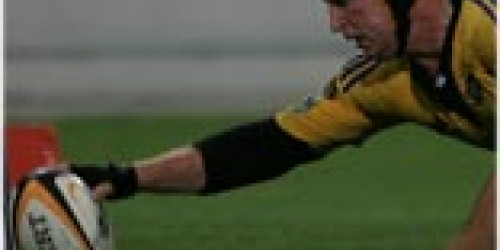 Both these teams could be 0 and 4 this season, but the Hurricanes are second and the Stormers dead last.
Why? In a word, composure. Although the Hurricanes have not dominated any game, they have remained in touch and have not panicked when a winning chance has come their way. If they keep banking those points in multiples of four, Colin Cooper will be a happy man.

WALKING WOUNDED: Neither team is too banged up at the moment. Tana Umaga tweaked his Achilles last week and is doubtful, while the Stormers did not add anyone to their injury roll in Dunedin.

FORM: While neither team has been setting the world afire, the Hurricanes are winning and the Stormers are not. The last three Hurricanes matches have all been decided by late scores � it couldn't have been left much later last week � and each has seen the opposition take a bonus point. But ugly or pretty, wins are wins and the team will be in top shape when the All Blacks return. The Stormers are fragile and simply make too many errors to inspire confidence. Their defence can be woeful at times and the attacking play was limited until last week, when some good moves were put together. The Cape Town crew are value for last place at present.

WHO'S HOT: The Hurricanes pack can take a collective bow after another good effort against the Brumbies. Thomas Waldrom played one of his best matches at this level but his seven mates laid a fine platform for him to work off. David Smith was always dangerous with ball in hand and did a lot of work in the build-up to the winning try. Ma'a Nonu was simply hot under the collar and needs to do something about those moments. The Stormers got a fine 80 minutes from lock Andries Bekker, who was one of the best forwards on Carisbrook. Breyton Paulse, as usual, was often lurking on attack and the loose men had their moments. Schalk Burger has a big role in this team and is often the man whose energy can get things rolling.

WE THINK: The Hurricanes will win their fourth of the season. Although the Stormers made a late run last week, the Highlanders had already put their cues in the rack and were just marking time. The Stormers franchise is a complete mess at present and coach Kobus van der Merwe must be able to hear the knives sharpening, which is hardly the thing a struggling team needs. While we are not expecting a free-flowing match, we will still tip the home side by 10 points. 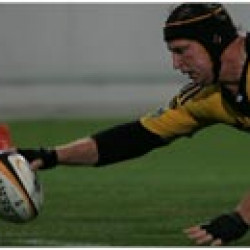