Pride and not a lot else is on the line this Friday night when the Highlanders head to Townsville hoping to trounce the Reds and finish their disappointing 2006 Rebel Sport Super 14 campaign on a high.

WALKING WOUNDED: The Highlanders appear to be unscathed by injuries heading into this final round clash with the Reds. A near full strength side took to the field for the victory over the Brumbies at Canberra Stadium on Saturday night and coach Greg Cooper has named a similar line-up after such a convincing performance.

Meanwhile, the Reds suffered several late setbacks ahead of their clash with the Hurricanes at Westpac Stadium in Wellington in round 13. Julian Huxley (hip flexor) and Lloyd Johansson (shoulder) did not recover sufficiently to take their places in the starting line up but both are back for this Townsville battle. The outlook for wing Peter Hynes is also positive with the speedster named in the starting line-up despite suffering from a medial strain in his knee midway through last week. However, skipper Chris Latham will miss his side's final game of the season after failing to recover from a hamstring strain.

FORM: Both sides surprisingly played sensational rugby in round 13. The Highlanders defied all odds on Saturday night when they exacted a win over the Brumbies at the fortress of Canberra Stadium. The victory came scarcely a week after the Highlanders turned on a strong performance against the Waratahs in the wet at Carisbrook as the struggling New Zealand side looks to end its 2006 campaign on a high.

Meanwhile, the Reds were unlucky not to come away from their battle against the Hurricanes with a win. The visitors toiled hard throughout the match and pushed the semi-finalists right to the final siren.

WHO'S HOT: Big Highlanders prop Carl Hayman was in devastating form as he set about dismantling the highly-touted Brumbies forward pack last week in Canberra. The All Black workhorse toiled tirelessly and was rewarded for his efforts with two tries. Fellow forward Craig Newby was also as equally potent for the visitors.

Nearly all of the Reds players turned on positive performances in their brutal encounter with the Hurricanes. Flanker David Croft continues to prove his worth as one of the best loose forwards in the competition after a rugged display at the breakdown. First five-eighths Berrick Barnes was also incisive and controlled the Reds backline with skill and prowess.

WE THINK: This game is possibly the hardest to pick of all the final round robin fixtures. The Highlanders were considered rank outsiders to beat the Brumbies last week and quickly proved most pundits wrong. On the other hand, the Reds were expected to be swamped by an in-form Hurricanes outfit at Westpac Stadium. Given that pride is once again the only thing on the line and that the Reds are at home in Townsville, we think they may scrape through, just. 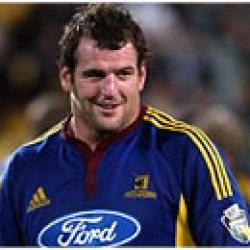