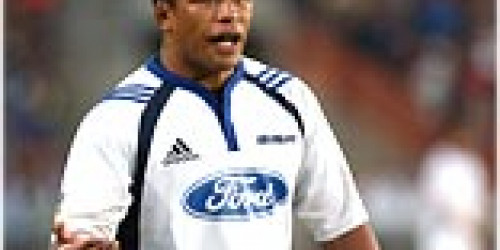 With semi-final hopes still alive both the Blues and Sharks have plenty to play for in this Rebel Sport Super 14 match in Durban.
Just how the Blues can overcome the losses of Troy Flavell and Rua Tipoki, and the travel to South Africa could determine their fate.

WALKING WOUNDED: The Blues will be without blindside flanker Troy Flavell and suspended Rua Tipoki. The Sharks have concerns with wing Henno Mentz and fullback JP Pietersen. However, it is hoped that Pietersen will be fit to play. Others with niggles are wing Odwaa Ndungane (groin), centre Adrian Jacobs (virus), halfback Ruan Pienaar (abdominal muscle and prop Deon Carstens (groin).

FORM: After their victory over the Cats last weekend, in the face of much provocation, the Sharks will be looking to continue the same sort of upward curve in the competition that the Blues have enjoyed. While the New Zealanders have been winning of late, they have yet to put their complete game together. Hooker Keven Mealamu has the tight five performing and they will need to step up against the bigger South African pack.

WHO'S HOT: First five-eighths Luke McAlister was in outstanding touch against the Force, creating openings, kicking well and running with effect. The level of competition this time around is higher but it will be another step on McAlister's road back. There was a good balance of possession achieved at lineout and scrum as well, and this will be well tested in Durban. Tony Brown, the former All Black, provides a good balance, especially with his kicking game.

WE THINK: Without the dancing feet of Tipoki, the Blues may find it a little harder to prise open holes in the defences. But if they do, the Sharks will need to watch out. 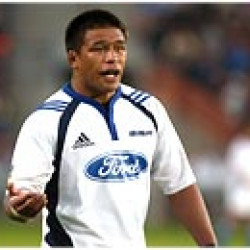