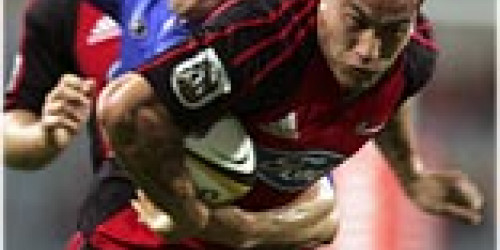 This is the match of the season so far and a vital one for both teams, as it will be an accurate barometer on where they stand after the first month.
Whoever wins will be more than happy and the loser will not be totally despondent, but probably cursing one that got away.

WALKING WOUNDED: Neither team is too badly affected although the Sharks have lost Francois Steyn, their rising young first five-eighths, for the next couple of weeks. However, they are the one South African team with the depth to cover that loss. They also get Johan Ackermann and Odwa Ndungane back for the first time this season. Rico Gear and Campbell Johnstone are back in the Crusaders mix after missing a week.

FORM: Both teams are looking good at present; the Sharks are the last unbeaten side and the Crusaders are, once again, the top try-scoring team in the competition. The Sharks are playing a relentless style, mounting pressure in waves and making quick changes in the point of attack, while they do not give away free points at their end of the pitch. After that awful effort in Johannesburg, the Crusaders flipped the switch and gave the Cheetahs a mauling, being particularly dangerous off turnovers. Where have we heard that before? Whether there will be so much ball left lying around this weekend must be doubtful; the Sharks are rather more careful with possession than the Cheetahs were.

WHO'S HOT: Percy Montgomery is probably the sharpest of the Sharks, although two young players � Bradley Barritt and Ruan Pienaar � are also shining in the backs. The forwards are a good unit and have key players in all vital areas; John Smit, BJ Botha, Johann Muller and AJ Venter have all been tried and found capable at this level. The Crusaders backs made the most of spilled ball last weekend and Rua Tipoki was into everything; many of the tries started with him. Caleb Ralph and Scott Hamilton applied neat finishing touches. Up front there were pleasing efforts from two new players, Kieran Read and Michael Paterson. The front row will be placed under pressure this week and a big effort will be asked of Ben Franks.

WE THINK: This should be a ripper and history suggests there won't be more than a few points in it. From what we've seen so far, the Sharks have really tightened up their defence (they have only conceded one try so far) and for that reason we will tip the home team to continue its fine run � but they will only get up by a few points. 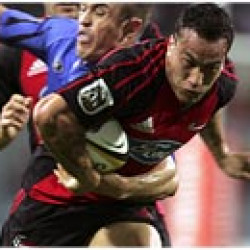