Although the Hurricanes have made a reasonable start to the competition and get the All Blacks back from next week, this match has something of a desperate quality about it, as a loss to the unbeaten Sharks may actually endanger the Hurricanes' entire Rebel Sport Superr 14 campaign.

WALKING WOUNDED: The Sharks have not rushed Percy Montgomery back into the fray and instead have kept Francois Steyn in the fullback spot. All changes made by Dick Muir were optional. Ma'a Nonu has returned to New Zealand to rehab his leg problem, which leaves the Hurricanes a bit bare in midfield behind Tana Umaga and Conrad Smith.

FORM: Everyone says the Sharks are not playing to their full potential at present, which may be true � but they are still five from five. If they ever get it right, the rest will really need to watch out. Muir's troops have made such a good start to the season that they only need to play what the Americans call .500 ball from here to make the playoffs. The Hurricanes have slipped down to eighth and are at the other end of the playoff race; a loss would probably leave them needing to wind out the string to make it � with the Bulls waiting for them to get home and a twelth round match at Christchurch included in that picture. A Sharks win would mean they have defeated all four 2006 semi-finalists already and their push for a home semi in 2007 would only be gathering momentum.

WHO'S HOT: Almost everyone in the Sharks is playing well but Ruan Pienaar has been a real standout in the last couple of weeks, both for his general play and his goal-kicking. Bradley Barritt has been a rock in midfield and Steyn is a real threat anywhere on the park. The home pack has been in good form all season and whichever eight has been on the field has done a fine job. The Hurricanes are not as strong across the board but, in David Smith, Conrad Smith and Cory Jane, have dangerous attacking backs. Getting them usable ball has been the issue recently. Up front Neemia Tialata and Luke Andrews have been the pick of a forward pack that has swung between good (occasionally) through steady (more often) to dreadful (against the Stormers).

WE THINK: We think the Sharks will top the table after this week, since the Blues sit their bye out. Obviously that means we fancy the Sharks winning and a 10-point margin would not be a major surprise; the Durban boys have simply been too good across the park for us to consider tipping the in-and-out Hurricanes. 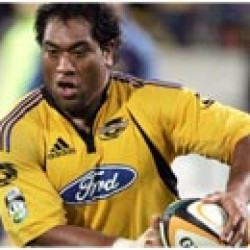