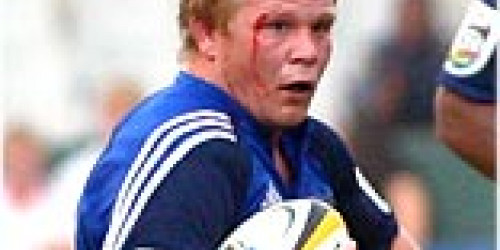 If points table positions were used as the main predictors for this Rebel Sport Super 14 game, you would have to tip the Blues by plenty.
But remember back a year or so to when the Crusaders came to grief at Newlands; it isn't quite as simple as it appears for the Blues.

To view the live scoring for this game Click here

WALKING WOUNDED: Quite a few of the Stormers have question marks hanging over them. Brent Russell left the field with hamstring issues last week and copped a smack in the eye at training but passed muster for this match; Schalk Brits (who was probably going to the bench anyway) strained a calf; JD Moller has a few wear-and-tear niggles and star lock Andries Bekker has suffered a lower back injury that may end his season. David Nucifora has made sweeping changes in the wake of last week's loss and fields a team most would claim was the best available except Doug Howlett is not in the matchday 22; reports from Blues camp said the entire squad was available for selection.

FORM: The Stormers season ended limply at Loftus last weekend, when they were hammered by the Bulls. They have been ordinary all season but have still managed to put together a couple of surprising results and this must be worrying Nucifora. The Blues took only their second defeat last week but it was comprehensive and 25-32 probably flattered them a bit. For all the moaning about off-the-ball stuff from the Sharks and dodgy refereeing decisions, the Blues have to admit they were outplayed by a smarter, more aggressive outfit that took its chances whenever points were on offer. There were plenty of lessons to be learned at Albany if the Blues want to pick them up.

WHO'S HOT: Although the South Africans are ambivalent about Luke Watson's abilities, New Zealanders have a lot of time for the Stormers skipper and he often plays the same type of role as Jacques Botes did last week. The tight five has a number of impressive performers but it appears from a distance that Kobus van der Merwe is still unsure of his best combination. The same applies to the backline, which is full of talented individuals but which has spluttered along in 2007. The Blues did not impress as the same slick outfit we were getting used to seeing last week, when they allowed their discipline to slip and did not play very smart rugby. Daniel Braid again had a strong match but nobody shone for 80 minutes.

WE THINK: Making predictions for this encounter is fraught with danger due to the Stormers' Jekyll and Hyde personality. We think the Blues will get the four points but would not be surprised to see the home side grab a consolation point. 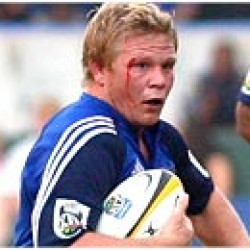