With just eight teams remaining in Investec Super Rugby 2017, we take a closer look at this weekend’s quarterfinal action.


SOUTHERN STOUSH
There’s no more passionate rivalry among the five New Zealand Investec Super Rugby sides than that shared between the Crusaders and Highlanders. In round 15 this year, Mitchell Hunt broke the hearts of Highlanders fans with a long-range drop goal on the stroke of fulltime to win the game for the Crusaders. The pain will still be raw for the Highlanders but will be quickly erased if they can knock over the top NZ qualifiers on home soil. History doesn’t bode well for the southerners though with the Crusaders taking out all three of the previous knockout games played between the sides in 1999, 2000 and 2002.

EMOTIONAL RETURN
An extra level of emotion has been added to the Hurricanes v Brumbies clash with the return of Brumbies playmaker Christian Lealiifano to the Brumbies bench. Lealiifano hasn’t played Super Rugby since being diagnosed with leukaemia during the 2016 season and returned to the playing field for his local Canberra club in early July. While Lealiifano will add some proven class from the bench, his presence is also sure to motivate his teammates in this crunch clash. TRY TIME
Hurricanes pair Ngani Laumape and Vince Aso are locked in a race for the single season Super Rugby try-scoring record. Both players have already notched 14 tries in 2017 - one behind joint record holders Joe Roff (1997) and Rico Gear (2005). With the potential for the Hurricanes to play three more games this year, the single season mark of 15 tries set by Joe Roff 20 years ago could finally be surpassed. 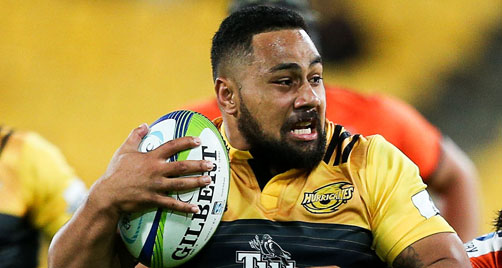 CAPE TOWN REPEAT
It’s déjà vu time for the Stormers and Chiefs. After meeting in a Cape Town quarterfinal in 2016, they will do it all again this weekend with the Stormers qualifying in third place and the Chiefs in sixth place. Last year the Stormers were blown off the park as the Chiefs ran in eight tries in a 60-21 drubbing. The Stormers will be eager to turnaround last year’s result and take advantage of a jet-lagged Chiefs outfit.

HOW GOOD ARE THE LIONS?
Last week the Lions eased to a 27-10 win over the Sharks in Durban to secure the number one seed heading into the quarterfinals. The Lions didn’t appear to leave first gear as they brushed aside their South African foe. This week we will see just how good the Lions are as they play at their Emirates Airline Park fortress in Johannesburg. Unlike last season, the Lions can secure a home final provided they win their next two at home. If the Lions can secure an emphatic win over the Sharks this weekend then it will send shivers down the spine of the team that has to travel to Johannesburg for a semifinal.

ROAD TO THE FINAL! Who are YOU picking to make the Investec #SuperRugby final? pic.twitter.com/l7mimSR12o— Super Rugby (@SuperRugbyNZ) July 18, 2017 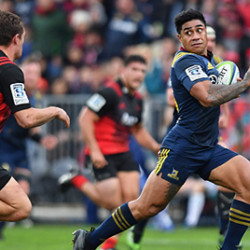