Rebels have plenty to gain from Dunedin win 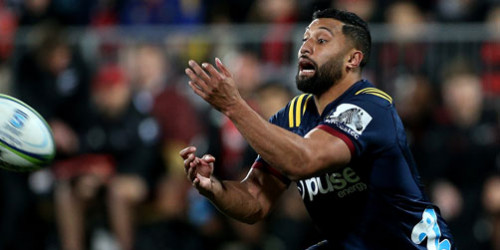 Knowing the Rebels had their best chance to make the Investec Super Rugby playoffs would ensure the Highlanders were focused ahead of Saturday's 5.
15pm game in Dunedin.

Highlanders assistant coach Mark Hammett said the Rebels were a big side, who ran hard while their unpredictability also had the capacity to make them dangerous.

QUICK TAP: DEFENCE WILL BE KEY FOCUS FOR HIGHLANDERS"They score a lot of tries. You see them attacking out of their half and next thing they've scored. So we're under no illusions and we take a lot of respect into this game," he said.

Central to their plan for the game would be learning lessons the Crusaders had exposed in last weekend's derby game in Christchurch.

Hammett said defensively the Highlanders had not stayed in the fight as long as they would have liked. But there were aspects that were satisfying including denying the Crusaders fast ball, good line breaks and attacks.

All five New Zealand teams were in action for Round 18 of #SuperRugby, but which side do YOU think scored the best try? #DontMissAThing pic.twitter.com/rR0Ui8b925— Super Rugby (@SuperRugbyNZ) July 9, 2018


"A lot of things we wanted to achieve we did but obviously it came down to probably not holding our line for as long as we needed to and that cost us, particularly against a clinical side like the Crusaders," he said.

It wasn't a case of wanting to play like the Crusaders, rather the Highlanders wanted to create their own game with the same desire to be clinical, but after their own fashion.

The Crusaders had their strengths, especially around the structure and set-piece while the Highlanders had other strengths, he said.

Hammett said he was pleased with the defensive lineout effort against the Crusaders that had negated their drive close to the line, while scrums were always tough but they had competed well.

"Across the board we are pretty happy. Maybe we should have taken points early on when we had the opportunity and that comes down to when we talk about being clinical, it's not so much about just the score sheet but maybe decision-making. We'll always back our leaders if they want to have a crack when they feel like they have put the wood on them.

"Sometimes when you're on the field you know the feeling so maybe we didn't get that decision right but we did later on in the half," he said.

Overall he was pleased with the defensive effort and said there had only been a couple of occasions where gaps had been left open and the Crusaders had been clinical enough to take them.

"They took their penalties and built scoreboard pressure so we weren't far off but as I have said we have got to be better to achieve the ultimate," he said.

Round 1???8??? produced another week of spectacular #SuperRugby. If the playoffs were held today, here's how they'd look. How is your team looking in the #roadtofinals? pic.twitter.com/oWPz5uOdr8— Super Rugby (@SuperRugbyNZ) July 11, 2018 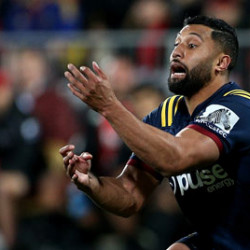