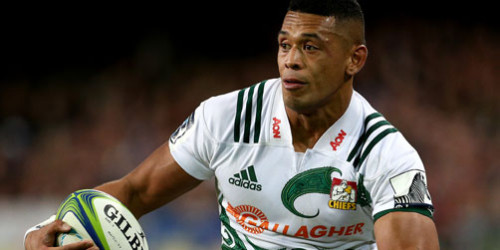 The continued rise of Chiefs wing Etene Nanai-Seturo was the stand out feature of the rookie performances from round fifteen.

Here are our top three performing rookies from the weekend:

3: Etene Nanai-Seturo (Chiefs)
Rookie Chiefs flyer Nanai-Seturo continues to improve each week and showed his class against the Reds in Hamilton. Although credit for the Chiefs win has been heaped on the incredible defensive effort in the second half, Nanai-Seturo played a crucial role in the Chiefs 19-6 halftime lead. The 19-year-old game-breaker was denied a try in the fifth minute when the TMO ruled he had dropped the ball over the line despite similar tries being awarded in the past. Nanai-Seturo didn’t let that disappointment bother him as he made a number of telling carries in the half before scoring in the 40th minute to take his season tally to five tries.

QUICK TAP: DAVID POCOCK HAS PLAYED HIS LAST SUPER RUGBY GAME
2: Harry Plummer (Blues)
Like Nanai-Seturo, Plummer is looking more and more assured each week at Super Rugby level. Plummer faced the toughest test of his season on the weekend by starting at first five-eighth against the Crusaders in Christchurch. Although the Blues went down 19-11, it was credible performance against the two-time defending champions. Plummer laid on some smart tactical touches, was strong in the tackle zone and made a number of probing runs that tested the Crusaders watertight defence.

1: Dan Hollinshead (Highlanders)
It has been a baptism of fire for Bay of Plenty pivot Dan Hollinshead since being called into the injury-struck Highlanders side to cover first five-eighth. It doesn’t get much tougher than playing in South Africa but Hollinshead has acquitted himself nicely with two appearances from the bench. Although the Highlanders went down 34-22 to the Stormers, the 23-year-old Super Rugby rookie was a steady presence late in the half and showed plenty of courage with ball in hand and on defence.

?? More shuffling than a game of cards! Take a look at the #SuperRugby season standings in motion after 1?5? rounds!#RaiseTheStakes pic.twitter.com/uExyD2O2Qt— Super Rugby (@SuperRugbyNZ) May 28, 2019 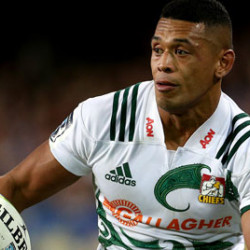