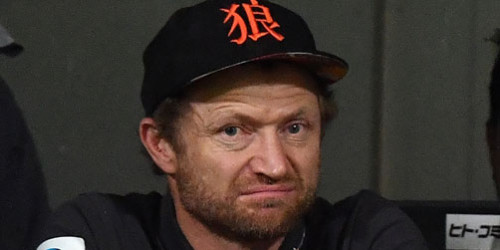 Sunwolves coach Tony Brown may be up against his old Investec Super Rugby side, the Highlanders, on Friday in Tokyo but he is looking to the Japanese side improve on their effort against the Hurricanes last week.

Playing in front of 20,000 last weekend the Sunwolves took the Hurricanes all the way in an exciting contest.

QUICK TAP: SUNWOLVES vs HIGHLANDERS MATCH PREVIEW
Only two changes have been made to his starting line-up. Blindside flanker Grant Hattingh will start as will another former Highlander halfback Fumiaki Tanaka, who gets his chance after Jamie Booth suffered concussion last week.

"Grant is an excellent rugby player and very athletic so it is good to have him back. He suits our game so if we can get our game going I think he will have a big performance," Brown said.

His role will be to give the Sunwolves more shape and competitiveness in their lineout.

An impressive effort against the strong Hurricanes midfield last week has resulted in Rahboni Warren-Vosayaco getting another start at second five-eighths.

"We want a physical presence in the midfield. He was good against the Hurricanes and will only get better the more time he spends there," he said.

Get set for ?????? when the @sunwolves host @Highlanders this Friday in Tokyo. Can the Landers make it two wins in a row or will the Sunwolves defend their home patch?