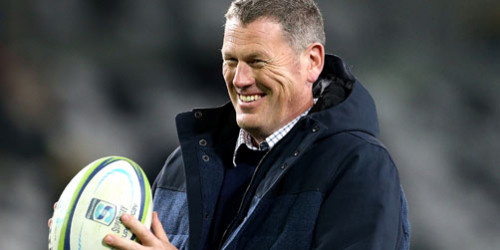 Back on home turf at Forsyth Barr Stadium, the Highlanders will have a chance to break their run of Investec Super Rugby losses when taking on the Blues in Dunedin on Saturday.

The Highlanders produced a fine first half effort against the Crusaders last week but fell off the pace in the second.

QUICK TAP: RURU BENEFITING FROM IMPROVED BLUES PACK
But while not having won since their second round win over the Reds, the have been close losers in several games.

With the Blues not having a good record against other New Zealand franchises, especially away from home, the chance is there for the Highlanders this week.

Assistant coach Glenn Delaney said it was a case of taking advantage of opportunities created to turn the side's luck around.

ROOKIE LEADERBOARD | Look out Tom Robinson, the two @crusadersrugby wingers are climbing their way up the rookie of the year ladder!

"When you boil everything down into context, we've not been far off at all…barring last weekend obviously but up until that point they've been one-score games.

"You don't change everything you're doing because 99 percent of what you are doing is working well," he said.

"We've got to make sure we turn that little last percent. That's either an offload going to hand or a tackle being made or a turnover being won.

"Those are the margins we are playing in and frankly that is what this competition is about, particularly against the New Zealand teams.

"We just need to turn one of those moments positively for us and that will help move us towards where we want to be," he said.

Delaney pointed to the fact that in spite of breaking the Crusaders' defensive line 10 times the Highlanders scored only two tries.

"It was quite interesting to come out with that amount of opportunity yet come out on the wrong side of the scoreboard.

"For us it is about making those breaks, keeping doing the good lead-up work that we are doing and convert – being ruthless about converting," he said.

A familiar face was training with the side this week, wing Patrick Osborne, a member of the competition winning team of 2015 who last played for them in 2017. He played in Japan for Kubota Spears after leaving the Highlanders and with the side down on wings as a result of injuries to Waisake Naholo and Tevita Nebura, he may be called into action.

The management are keeping a watching brief on No.8 Luke Whitelock who suffered a calf strain while preparing for the Crusaders' game. He trained on Tuesday but it was his first run of the week and would be assessed before the team was named. 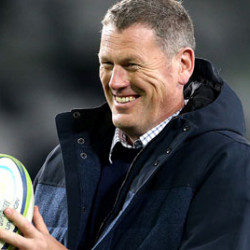